Pronation is the natural way that our feet absorb shock: when our feet strike the ground the arches flex down and in to disperse the impact. Everyone pronates! Contrary to popular misconception it is healthy and normal. The problem begins when one or both of our feet pronate too much. When the arches flex too far inward or stay collapsed for too long pronation is considered excessive. We call this overpronation. The amount of overpronation can vary from mild to severe. In severe overpronation the feet and ankles can rotate too far inward just during standing.

During our development, the muscles, ligaments, and other soft tissue structures that hold our bones together at the joints become looser than normal. When the bones are not held tightly in place, the joints are not aligned properly, and the foot gradually turns outward at the ankle, causing the inner ankle bone to appear more prominent. The foot moves in this direction because it is the path of least resistance. It is more difficult for the foot to move in the opposite direction (this is called supination). As we develop, the muscles and ligaments accommodate to this abnormal alignment. By the time growth is complete, the pronated foot is: abnormally flexible, flat, and its outer border appears raised so that as you step down you do not come down equally across the entire foot; instead, you come down mostly on the inner border of the foot. Normal aging will produce further laxity of our muscles that causes the pronation to become gradually worse.

Because overpronation affects the entire lower leg, many injuries and conditions may develop and eventually cause problems not only in the leg and foot, but also the knee, hips and lower back. Pain often begins in the arch of the foot or the ankle. Blisters may develop on the instep, or on the inside edge of the heels. As overpronation continues and problems develop, pain will be felt elsewhere, depending on the injury.

Firstly, look at your feet in standing, have you got a clear arch on the inside of the foot? If there is not an arch and the innermost part of the sole touches the floor, then your feet are over-pronated. Secondly, look at your running shoes. If they are worn on the inside of the sole in particular, then pronation may be a problem for you. Thirdly, try the wet foot test. Wet your feet and walk along a section of paving and look at the footprints you leave. A normal foot will leave a print of the heel, connected to the forefoot by a strip approximately half the width of the foot on the outside of the sole. If you?re feet are pronated there may be little distinction between the rear and forefoot, shown opposite. The best way to determine if you over pronate is to visit a podiatrist or similar who can do a full gait analysis on a treadmill or using forceplates measuring exactly the forces and angles of the foot whilst running. It is not only the amount of over pronation which is important but the timing of it during the gait cycle as well that needs to be assessed. 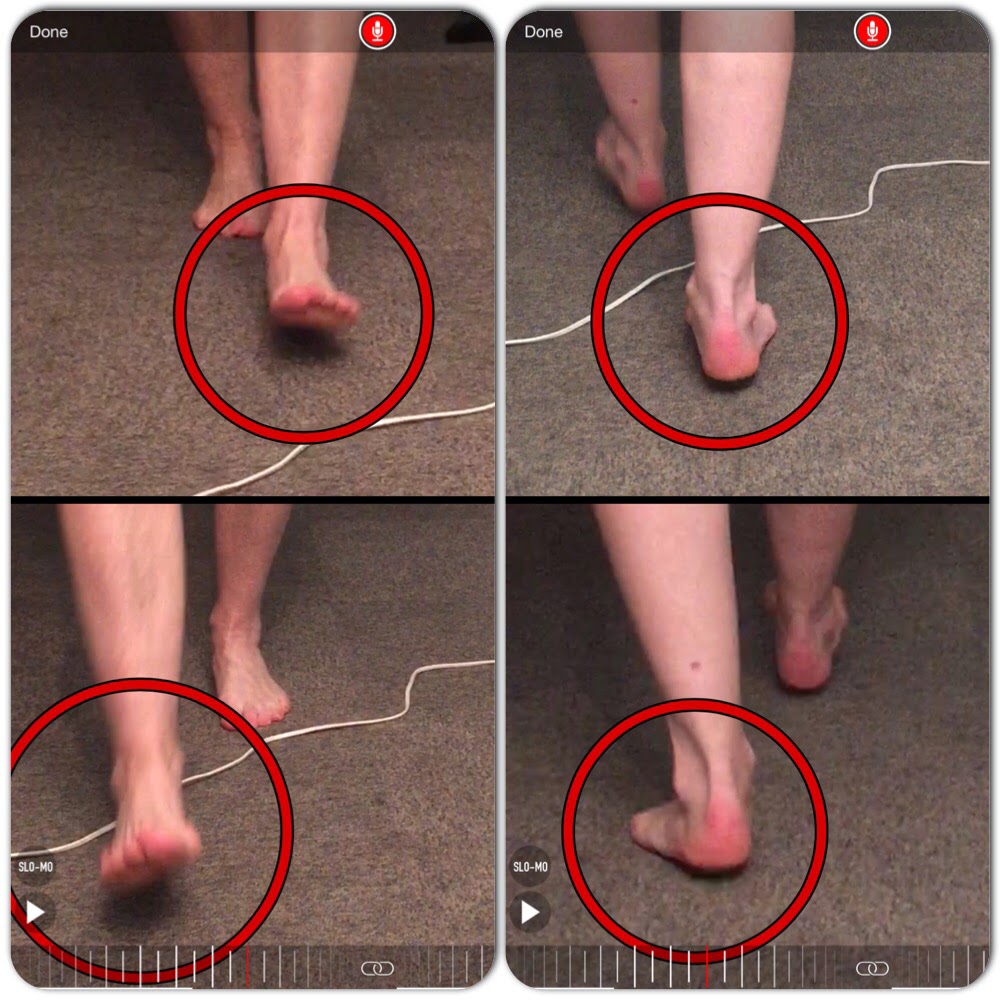 Get a gait analysis of your running style, this will highlight if you overpronate, oversupinate or have a neutral gait. Most podiatrists, physio's and sports therapists will offer this service, as do some specialist sports shops. Find a clinic. If you overpronate, get orthotics with extra medial support. Many running shoes have a harder material on the inside of the midsole (the thick hard foam part of the running shoe). This means the inside of the shoe will be compressed less under load and support the inside of the foot preventing it from rolling in or flattening. For people with considerable overpronation, another option is to have an orthotic device fitted. Orthotic insoles come in many types and prices. Some are pre-molded and can be bought off the shelf. These are ok for the majority of problem feet. However some cases may require specially casted orthotics from a relevant sports injury therapist or podiatrist.

Depending on the severity of your condition, your surgeon may recommend one or more treatment options. Ultimately, however, it's YOUR decision as to which makes the most sense to you. There are many resources available online and elsewhere for you to research the various options and make an informed decision.
« Working With Bunions What Are The Causes Of Calcaneal Apophy… »
Profile

Login to quote this blog

You cannot quote because this article is private.